A Historic Hotel in Napa Valley 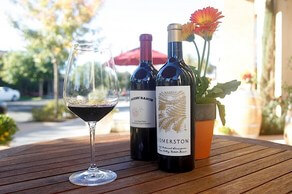 The location of The Napa Valley Railway Inn as well as the eight individual railcars and the 2 bedroom Station House Suite enjoys a colorful history. Take a step back in time when you visit the hotel and imagine what the quaint town of Yountville looked like in the 1800’s.

Each of the railcars has its own unique history. Car #2 and #8 were originally a caboose. Cars #3,5,6,7 and 9 were each an ice box car and Car #4 was built to move cattle throughout the west. If only they could talk and share their stories of life on the rails traveling through the western U.S.

Today you will find each car comfortably appointed to meet the needs of today’s travelers. So take a step back in time and relax in the heart of Yountville in some of the most unique hotel rooms in the Napa Valley.